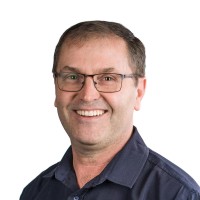 When I started using evaluation versions of MSC Apex early in 2014 to clean up geometry for analysis purposes, I soon realised that MSC was onto something, something better than what they promised, but “Would it work on “real” models?”, I thought.

Any analyst who have ever seen a fantastic demo of new software and then followed it up by evaluating it themselves on their own everyday work, will know what I mean by a "real" model. A "real" model is where the gloves come off and the gremlins (nasty creatures) come out, spoiling all the fun.
After testing MSC Apex on a few models that I would qualify as real, I realised that we would need undisputed proof that MSC Apex is the real deal and the best way would be in a one-on-one contest where neither party had prior access to the model and it was in no way set up to favour anyone.

Vincent agreed to a head to head benchmark with him using Patran and me using MSC Apex. He brought a memory stick with a model on it and after a brief discussion of what we should obtain, we started off.
At the time of the benchmark (it was Pi day, the 14th of March, 2014), I had around 100 hours of experience using Apex while Vincent had about 11 years of experience using Patran. He managed to complete the task in a remarkable (for Patran) 4 hours while the general analyst in industry agrees that it would take them at least a week to obtain the same result. My time was only 1 hour at the time which came to no surprise since MSC Apex brought some very powerful features to the table.

That said, that was the first release of MSC Apex Modeller, Arctic Wolf. The second release, Black Marlin, brought even more tools to the table which automated even more tasks and brought the time to complete the job down to less than 30 minutes!
In the table below, we realised that for a true comparison between MSC Apex and Patran (or any other product for that matter), you should take the experience level of the user into account for a true comparison between the packages.

Enter Thabo Molamodi and Molefi Moeketsane, also from Transnet Engineering.
With only around 10hours logged on MSC Apex, Thabo entered the challenge to complete the same job in MSC Apex (Arctic Wolf) and Molefi thought he will just come and watch. It was then that we decided that Molefi, with no hours logged on Apex, should also participate and complete the task in MSC Apex (Arctic Wolf).
The two of them, with their limited to no experience in Apex, completed the task in only 2 hours and 2 hours 20 minutes respectively, literally in half the time of their senior counterpart using Patran.

Two distinct aspects counted in their favour which made it possible to beat an experienced analyst using Patran while they themselves were novice users of Apex.

An inexperienced user won’t know of all the advanced tools in MSC Apex immediately but with a little exploration, a host of advanced, yet easy to use, tools are unlocked.
I used to laugh at anyone asking me to “quickly FEM” something for them – but not anymore.

MSC Apex Modeller has proven without a doubt that it brings a serious new way of editing (and creating) geometry which rapidly improves the created meshes and within a much shorter time frame than analysts are used to.
Where it really sets itself apart is in how easy it is to learn. Someone with no training and no experience using it can literally pick it up, use it and actually produce something useful in the same day.
Companies who are used to expensive analysts taking months to get familiar with new software and then only slowly starting to be productive, should think again. Those previously unbillable hours can now pay for MSC Apex, many times over.
When someone now asks me to “quickly FEM” something for them, I don’t laugh anymore, I just open MSC Apex.